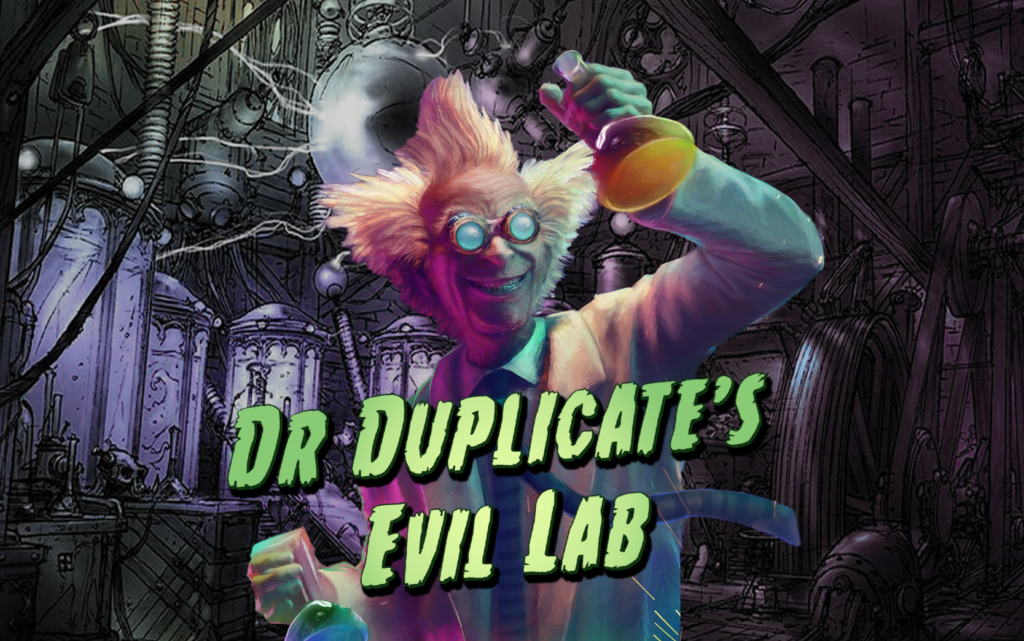 The evil Dr Duplicate has built a machine capable of creating exact clones of human beings. He plans to use this machine to create an army of clones in his image and take over the world! Can you and your team of scientific experts stop him before it’s too late?

Our third game of the day at Tricky Escapes! We were at the Harwich location and were taking on the evil Dr Duplicate! Not only was this our third room of the day but it was also mine (D) and R’s 100th room! Our host Nathan set the scene well and was brilliant with us throughout so thanks for that Nathan!

The rooms theme felt very on point. It felt like a lab and was decorated to a high standard. I loved the details of the room, and it felt like a cartoon evil genius lab rather than a boring science lab so I was impressed with this.

There were a wide variety of puzzles, including some great physical dexterity puzzles. All of the puzzles felt on point to the theme which is always important to us. As with most Tricky escape rooms there are a fair amount of locks which some people seem put off by, but for me its never more satisfying then working out a code and the pop of the lock as it opens!

The room is certainly suitable for larger groups, I would say a minimum of three and a maximum of 7 would feel about right. It could be done by an experienced group of 2 but there would be a lot to do. It felt fitting that on mine and R’s 100th room it was probably our favourite room of the day, at least on a par with “Unhappily Ever After”. We also managed to complete the room without any clues and set a new time record for the room as well! So all in all a great experience for us!

I would also add that this and Unhappily Ever After are the newest rooms to Tricky and are probably the best rooms (although Race Against Time will always have a soft spot in my heart!) I think this shows the progression of their Escape Rooms and means we are very excited about future rooms at Tricky and will look forward to a third visit in the future!