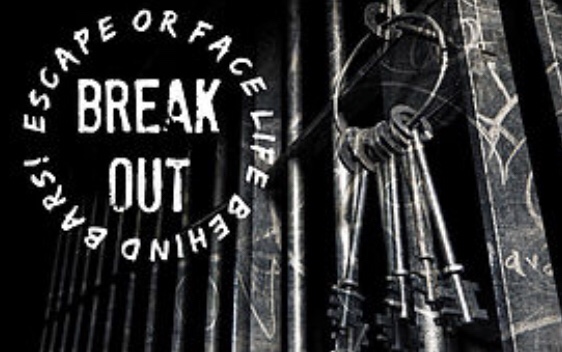 After several years on the run, and a long line of successful armed bank robberys across the UK, you and your gang have finally been caught red handed. Known to the public as the notorious Bandits you have been scentenced to life behind bars.

However you have one and one chance only to BREAK OUT and taste freedom once again thanks to a little bit of inside help!

First impressions in this room were good. A classic prison cell awaits your escape. The second we started we were all off in different directions. Plenty to look at is a sure sign we’re going to like a room.

There’s a decent amount of puzzle variety in the room so you shouldn’t get bored, although we were warned before we went in that one puzzle can cause team arguments – I don’t think we fell in to that trap.

Mostly a classic puzzle room with a handful of tech. We’re wary of tech as we’ve had some poor experiences but this made sense, wasn’t over the top and worked for the room. Phew! We’re also wary of prisons as we’ve done a few with that theme now but this felt fresh and was really enjoyable.

Sometimes, we can spend ages on a really simple puzzle that we’re over complicating and sometimes a room just clicks for us. This one hit our skills sweet spot and we set the record (probably beaten already!) so it’s no surprise that when we escaped we wanted more puzzles. That said, there have to be rooms out there that cater for newbies and this one does. But we also enjoyed it and we’ve done 60 rooms now. We would advise 3-5 players probably best.