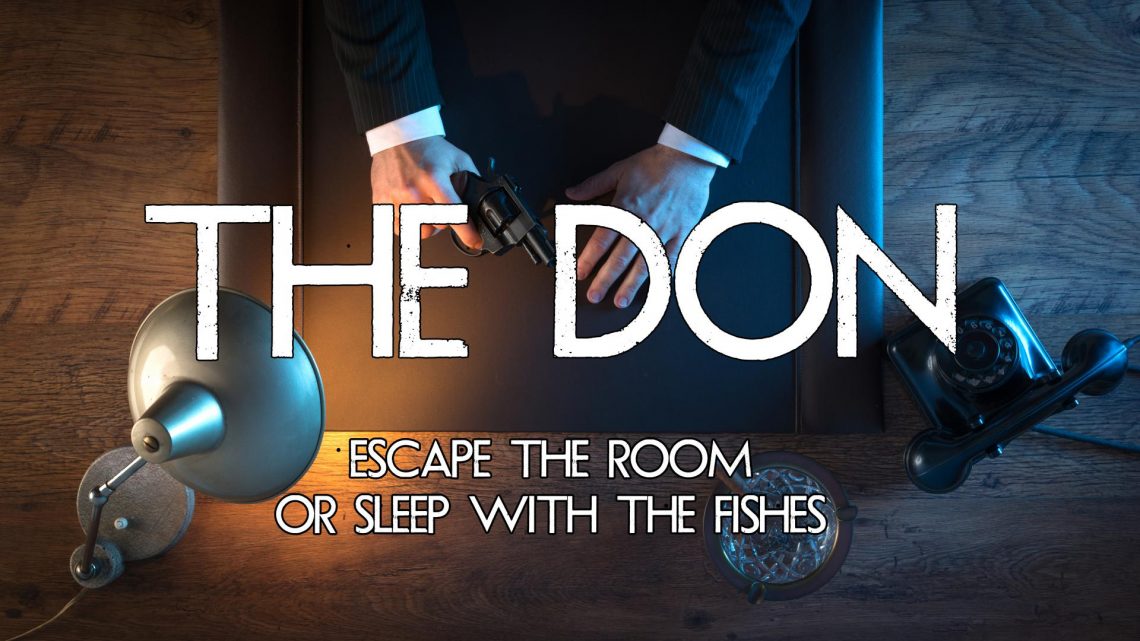 You will be Infiltrating the den of the notorious mafia boss “Don Romano”, with a vast resume of crimes against him it is finally time to take him down once and for all!

You and your team will need to break in, turn the place over and gather evidence of all of his crimes. He is an extremely paranoid man who kept everything locked up tight which is why he has evaded prison this long. Gather your team to gather your evidence and escape before he returns or you may end up sleeping with the fishes.!

After the usual health and safety video, we were greeted by a lovely, bubbly lady called Amy who took us down to the office of Don Romano and explained to us her plans to keep him busy for an hour while we rifled through his things to find evidence of his crimes.

The décor was very simple in comparison to some rooms but good for the theme, with some excellent locks we’d never seen before and everything seemed to flow nicely to the final challenge.

Over post game lunch the team gushed over no less than 7 different aspects of the game including some puzzles which were new to us despite now having played 23 escape rooms.

As with all good escape rooms, clues aren’t forced upon you if your games master feels you’re not doing well enough but you can ask for clues if you want them.

It wasn’t the most challenging game we’ve played but it was enjoyable and there was enough to keep your brain engaged. We managed to get on to the top 10 board at number 4, escaping in 36:41.