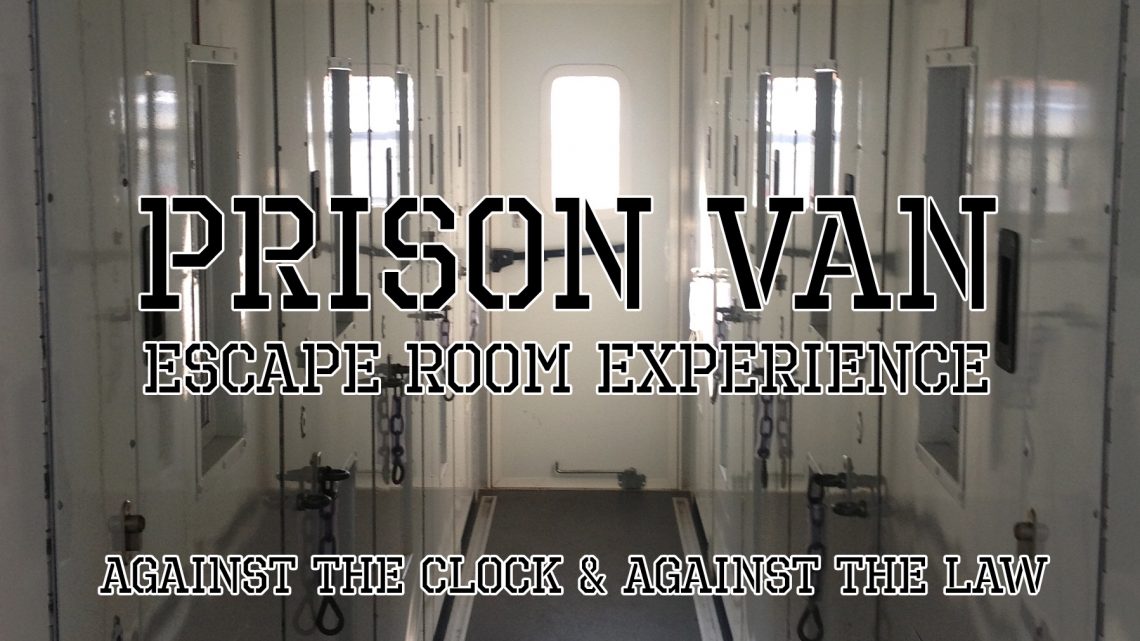 You’re breaking the law as dangerous convicts! Cooperate to solve puzzles and make a break for it! Sweet, sweet freedom is within your grasp!

You’ve been caught, tried and convicted! During the transport to a maximum security prison, the secure vehicle taking you is involved in an accident. The vehicle is immobile, and a bit of a mess, but this is the perfect opportunity to stage a breakout! The police’s response time is 60 minutes; can you shorten your life sentence?

Think like a criminal as players are pitted against the clock and against the law in this unique escape experience, perfect for small teams of 2-5 players who have always wondered how they would fair being on the other side of the law!

Our host Jack (who we met in revolution ole) was really great, he gave a good briefing and intro to the van. We would have have like to see him in prison guard attire, but we realise this probably wouldn’t be allowed walking through the streets of Gravesend!

When we got to the location we were met with an actual prison van! We were each locked in an individual cell which is what made us give the theming a perfect score. Given the theme this game switches your mind from the standard escape game and makes you want to find any way to escape.

You could suggest from the score we have given this game for variety, that we weren’t impressed. That would be unfair though, there was definitely a limit to the number and types of puzzles you could introduce to a small space like a prison van. They were still fun and required some thought to figure them out.

A group of 5 was enough to occupy the team despite the space constriction. Worth a try before it closes in one week at the end of April!