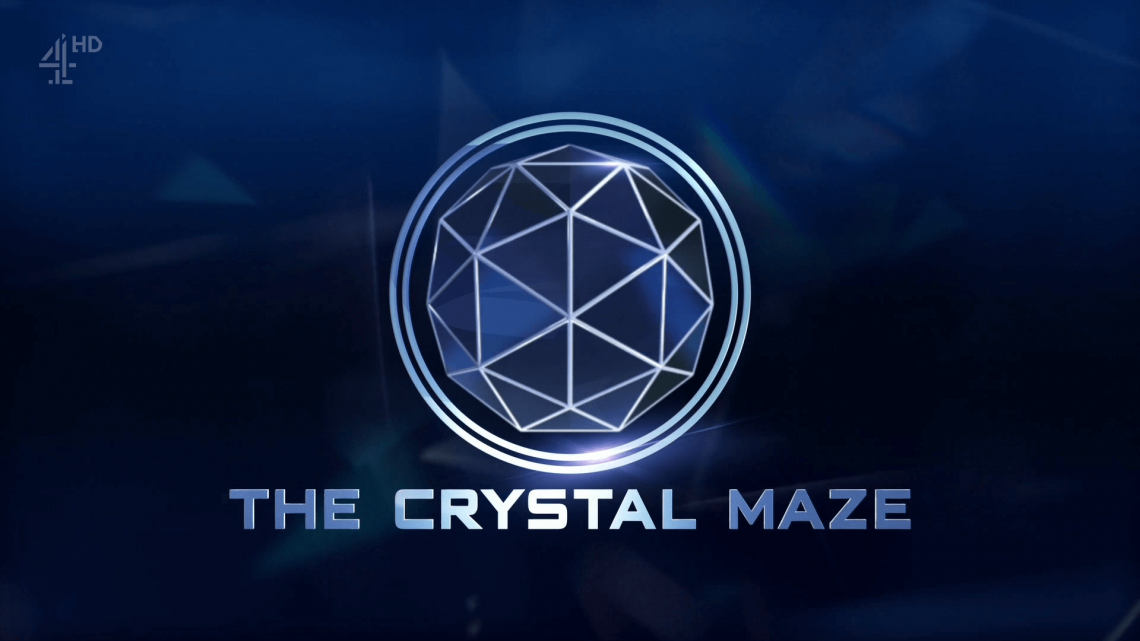 As soon as the Crystal Maze started crowdfunding on Kickstarter, A backed the project to the tune of 8 tickets and the wait was soooo loooong because the excitement of actually getting to play the Crystal Maze, which had been watched religiously in A’s household, was immense!

The building itself is not well advertised as being what it is. We walked straight passed it and came back again when we decided that the people congregating outside were probably players of various teams waiting for their mates.

We entered, had to sign things, have briefings, lock up our valuables and finally, put on a bomber jacket which, although boiling, made it all start to feel real. There are four teams playing at any one time and each team gets carted off in to a different room to watch a sort of teaser video and just as that’s finishing we meet our amazing host. All the hosts in the maze have big, quirky personalities as you’d hope, because you can’t have the real O’Brien I’m afraid. We had Anna Key and she was full of energy and wit.

We started off in the Aztec zone and A was our captain. She did ask which games people would prefer but instantly forgot so everyone had to just roll with it. We had around a 50% success rate with our games. Some of the games we remembered from the TV show, others were brand new. We had one ‘lock in’ when K managed to get picked for the dreaded spider web game which we all remember as looking impossible on the show. Lock ins are very different to the TV show. You don’t stay in the room (how could you, there’s another team on the way) you get taken to the next zone with the rest of your team but get set a challenge to complete during the next game.

All the games played produced the inevitable 7 people shouting at the same time even though we had all agreed not to do that. We just couldn’t help it! They were good fun and really brought the memory of the show to life.

The maze masters themselves do an excellent job and manage impressively to not ever bump into each other transitioning each zone.

After we got as many crystals as we could, we headed to the Crystal Dome! This is just like the show, grabbing the air as tokens fly around. It was really difficult. After each team has gone in the gold tokens are counted and the results are announced. We came 3rd, but then it was judged that the team who came first had monumentally cheated by grabbing tokens from the floor and walls which is a massive no no and they were disqualified so we assume that means we came 2nd in actual fact.