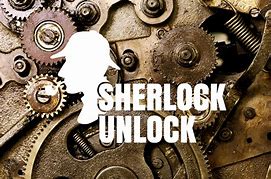 You knew something was wrong …Your memory is hazy… Somewhere near the Jurassic you remember a massive collision… Was it an asteroid, a massive T-Rex… Or something even worse? Nobody knows quite where Walter Spiegel has disappeared to… Life on Earth hangs in the balance… It is down to you to solve this knot in the fabric of time, and save life as you know it!

This review is going to be almost word for word the same as Sherlock Unlocks other room Outbreak. The décor was fine, but not amazing and given the theme could really have been given a bit more of a wow factor.

There was a reasonable variety of puzzles but they weren’t difficult and there weren’t enough to keep everyone occupied.

Clues if they are needed come to you on a screen so no stranger talking to you via a walkie talkie which helps keep you immersed in the game more than some other rooms. A walkie talkie is fine if it works with the story of why you’re in the room though.

Overall could be good for newbies who want a taster game but wouldn’t recommend to enthusiasts. Teams of 1-3 best.