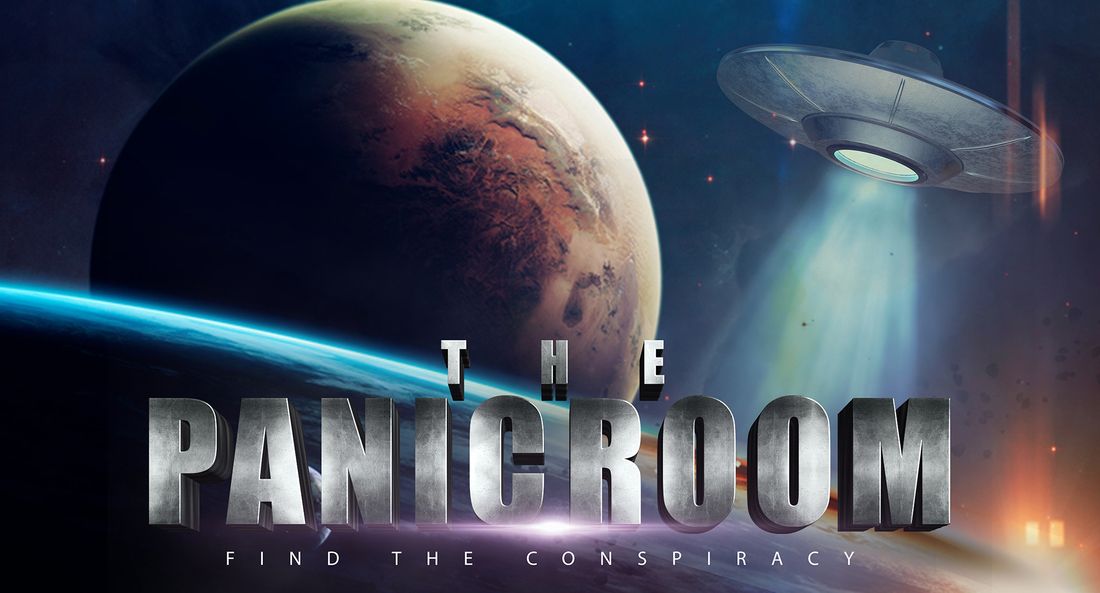 Something very secret has been uncovered, and the one who discovered it has paid the price; with his life! Now it’s up to you to learn the mysteries before they are buried once more forever!

A crazed conspiracy theorist has been found dead in the middle of his mansion. The man devoted his life to the supernatural, and for years has been bombarding the newspapers with all kinds of insane nonsense about the government, but he may have been right about something… Uncover the truth and spread the word before the police turn up. Snooping around a dead man’s home makes you a prime murder suspect after all!

The Panic Room presents an unforgettable experience, the ORIGINAL Panic Room escape room that started it all. Can you escape in 60 minutes? Just remember… Don’t Panic

This was our fourth and last room of the day but we were still very enthusiastic about seeing where it all began and what a great solid room. Most rooms we do that get 7 or 7.5 out of 10 are just that. Not necessarily rooms with incredible wow factors and great technology, but well constructed rooms with great puzzles that remind us all why we love the industry so much.

This was a real classic escape room and you can see why the designers of this room have gone on to make such a great escape room company with so many rooms. A good set of puzzles and a lot of fun and it was one of those rooms that just clicked for us. Although Carnevil got a slightly higher rating, it shows how well this room has stood the test of time to be rated almost as highly as a new and more modern room.