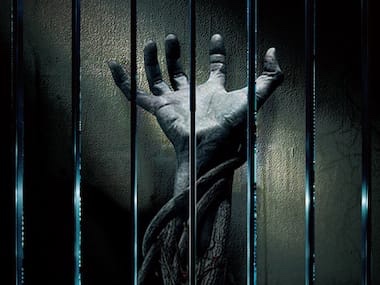 Escape the “Night Stalker’s” cell before it’s too late… Water White, more commonly known as the “Night Stalker” is one of America’s most infamous serial killers. He was reported dead last year, but there is talk among the other prisoners of mysterious circumstances. An unexplained machine was found in the Night Stalker’s cell, and the prisoner who discovered it is now missing. As you enter the room, you realise you are trapped in Water White’s cell – it’s silent, cold and claustrophobic. Instantly you feel the urge to get out as soon as possible…

The host was really welcoming and got into character. He also gave us some tips on what games to play next so we are def looking to book the VR one soon!

We were taken into the room and all of a sudden felt like we were in prison! The theming was very good and were were fully immersed from the moment the door closed.

There were a good range of puzzles and some clever touches! We can’t go into details as wouldn’t want to ruin the game, but try to remember the whole room and what you have seen!

We asked for a clue which turned out to be near the end of the game even though we still had over 20 mins left. We had said we only want a clue if we were really stuck. The host actually said that we were almost there and still had plenty of time. Sure enough we worked it out ourselves which was much more satisfying!

We had our standard group of 5 people and probably think this is a good number for the room to give everyone a chance to contribute.