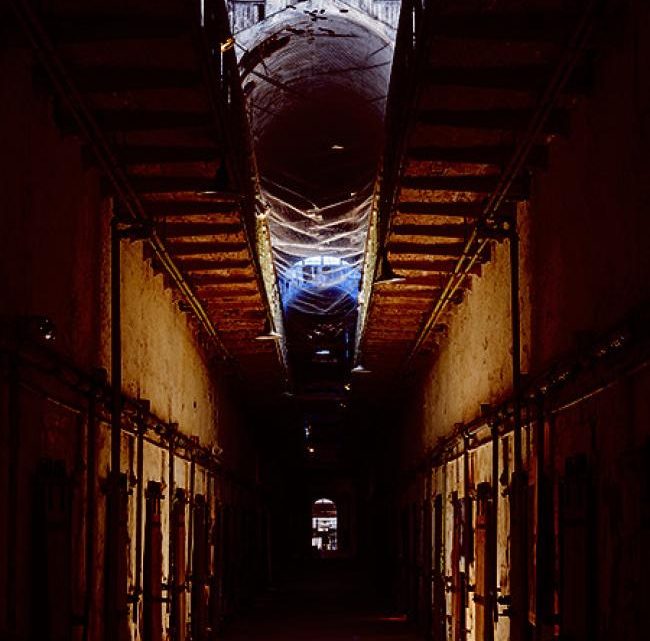 You have been LOCKED DOWN in a HIGH RISK prison for a crime you did not commit. You are on DEATH ROW and have to find a way to escape in 60 minutes and prove your innocence, before walking the GREEN MILE to the execution room.

Solve puzzles and find clues before it’s too late and you are sentenced to death by ELECTRIC CHAIR.

Update: since we went here in 2016 apparently the clue system and some of the puzzles have changed. This rating may not represent the game as it stands now.

While holidaying near by we decided to fit in some escaping so we booked in for 2 games at Lock Down Escape. We waited outside until around 10 minutes after our first game should have started the owner turned up and mentioned that, well, he has to eat so he’d gone to get a sandwich. OK, fine, he then let us in and told us to sit in the waiting area while he went to set up the rooms, which seemed to take an age.

Finally, we entered our prison cell. The decor was actually not bad but, with a rough start we probably were looking for a very good room to make up for the delays. Unfortunately we were disappointed.

There were some classic puzzles. There were also some very strange puzzles. The owner had said he wanted his rooms to be hard but one of them wasn’t really a puzzle, it was more that you were just meant to see something that wasn’t there. Genuinely, it wasn’t there.

There were some maths questions, so if you’re going to go then take a maths bod with you, but towards the end there was just lots and lots of counting.

The other bugbear we had was the clue system. If we wanted a clue we had to wave at a camera and wait for the owner, who was monitoring 2 games at the same time but with no sound possibly, to come in, yes, come in to the room and ask us where we’d got to, which of course wasted a good few minutes.

He’d said he wanted his games to be difficult and they were, but not in a good way in our opinion, sorry.