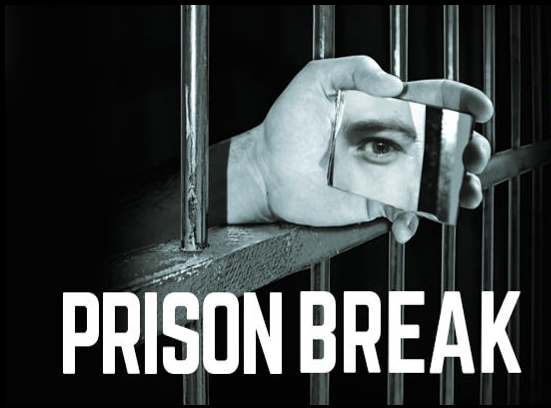 You’re on a stag do in an Eastern Europe capital and the last thing you remember is drinking in a bar. You wake up in a prison cell, with no memory of how or why. The guard’s going to return from his rounds in sixty minute and so that’s what you’ve got to escape…

We went here as a group of 9 people and K for some reason was in a different group to the rest of us so had a very different experience which we will get to but the rating is based on the DARE experience.

DAR & E loved this room. Again, so many new puzzles not seen before (we were fairly new to escape rooms at the time though so that always helps with newness).

It’s hard not to review this room without spoilers but the first room you’re in is a very small part of the game so you want to escape that part as soon as possible, which DARE did quite quickly but K’s team were stuck there for around 40 mins not being able to do much. If a team is stuck that long in the very first part of the game, some help from the hosts is required. They essentially had a mad dash when they finally got in to the next room which dampened the experience.

Now back to the good review! Early on in this game is where we discovered why E’s dexterity is so high and why R’s special doors rating is so low. R for future reference, if pulling doesn’t work try pushing and vice versa! Through the first room in a flash (minus a slight delay due to not being able to open a door), then we start to really get going. This is where the variety really came in to play with plenty for all of us to get involved in and it’s also when we discovered D’s overthinking tendency. We are learning a lot about ourselves at this point.

The décor throughout the whole game was good. We’d recommend this game for newbies and professionals and for 2-6 people. DARE found it very well rounded.