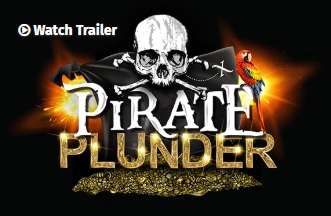 A mysterious Pirate Ship has crashed into Southend Pier. Rumour has it this is the ship sailed by notorious Pirate Sharkbait Sully but he and his crew are nowhere to be seen. Once on-board, you and your team have 60 minutes to solve the ships secrets and plunder as much treasure as you can before the ship sinks and your team become shark bait themselves.

Pirate Plunder! At last! We’ve been eagerly awaiting this for a while and we’re pleased to announce it didn’t disappoint.

The decor in this room is very good. A lot of effort has gone in to making you feel like you’re on a pirate ship and they’ve done a good job. Also, our host Robbie was really nice even though we cut it really fine to get to the room in time – luckily we’ve done enough of these not to need the obvious rule rundown e.g. don’t take in your own screwdriver and crawl in to the ceiling etc.

This room was so much fun and had a really good variety of skill and mental puzzles. As usual we had an overthinking issue on one clue, that’s DARKE for you, but for the most part I think we worked pretty well together. There are actually a couple of puzzles where it’s best if you work as a pair, although you could do them on your own but hey, be a team.

There are some extra goals and interactions in this room which make it extra special and we’d definitely recommend it.

There were 5 of us and we all had stuff to do so 2-6 probably all good numbers to play this game.