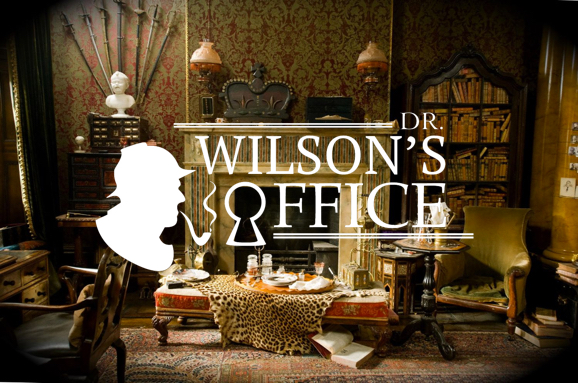 Dr Wilson is a master detective who has solved many crimes in his distinguished career. But this case could prove to be deadly for him. One of the suspects he is investigating is threatening his life. Dr Wilson is now relying on you and your team to unveil the identity of the right suspect. He’s left clues around his office and it’s up to you to find them, solve the mystery and escape.

We really enjoyed this game, but we did set a fastest time with no clues record in here so that probably helped 🙂

Lovely owners who are very enthusiastic about escape rooms creating a positive and friendly atmosphere (also, it’s really close to Mangetout which is a great place to have lunch).

Décor as you go in is pretty good in this room. There isn’t loads you can do with an office setting but what had been done worked well and it was far less sparse than in many other office escape rooms we’ve been in.

The puzzles were quite simple. There were a few things to properly work out but mostly observation is key in here so make sure at least one of your team is good at searching and spotting things.

Overall a good room for newbies or people who have done a few rooms already. Teams of 2-4 probably best though in our opinion.