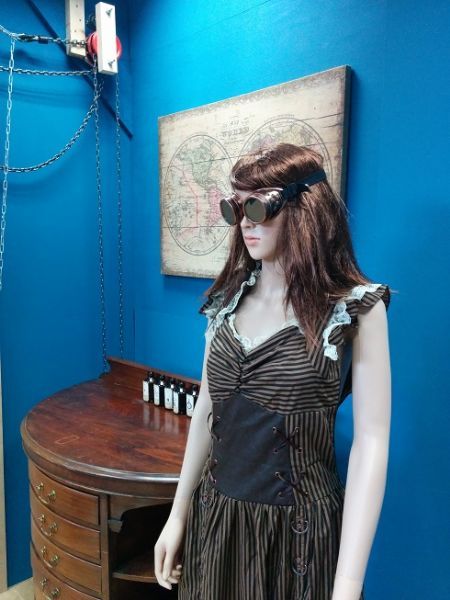 During the game, you will travel 100 years back in time. You will find yourself locked up in Professor Oxford’s house who is part of a larger, evil organisation. Meet the professor, find the portal and use his time machine to escape from his mad experiments and come back to the present. (This escape room is based on Escape Land’s original game: Escape from the Age of Steampunk. There are a lot of similarities between these two escape games, please only book if none of the players in the team has played that room in the past.)

Escape the age of steampunk was our first ever escape room experience and we were spoilt. If our first escape room had been bad it’s doubtful we would have done enough to create this blog but it was a treat. The room is now known as Professor Oxford’s Experiments and we’re told it’s not exactly the same but if you’ve done the age of steampunk then you shouldn’t go to play this one as it’s mostly the same. Hopefully that means the review also still works.

When we played this the variety of puzzles was excellent. Everyone has their weaknesses but it was a room where everyone felt they had contributed which is great and not always the case. The room itself was of pretty standard décor but it was all relevant to the theme.

There was and we hope still is a lovely little red herring in the room which after 30ish rooms is still one of D’s favourite red herrings we’ve ever come across.

We escaped in about 38 minutes so it wasn’t overly difficult but we didn’t feel hard done by at all.

Would recommend this room to newbies. Teams of 5 or less should all be ok as we all managed to find something to do.