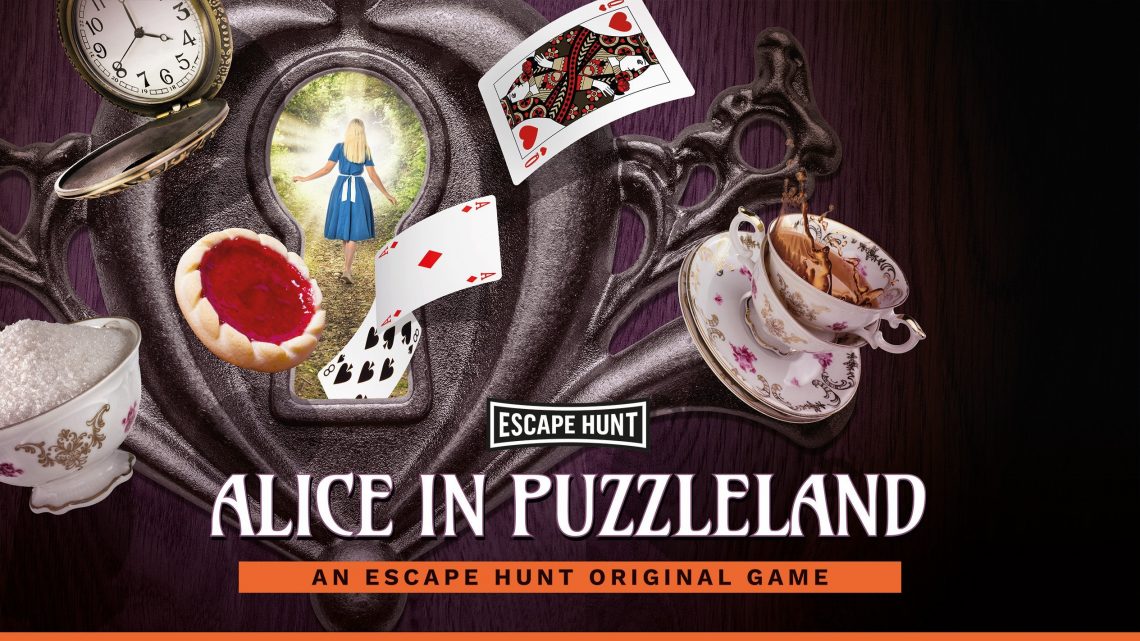 The Mad Hatter is in trouble. Save him from the Queen of Hearts without losing your heads.

Step into Wonderland, where the Hatter has been accused of stealing the Queen’s Tarts. With Alice nowhere to be seen, it’s time for you to fill her shoes.
You find yourself at the Hatter’s cottage. The table is set but no one is around.
A sign on the lawn reads ‘Tea Party Cancelled by Royal Decree’. Curiouser and curiouser…
Find and return the Queen’s Tarts in 60 minutes, or it’s off with the Hatter’s head. Chop chop.

Before I write this review, I do have to say that our hosts were lovely and they did everything they could for us so hats off to them.

As an Alice fan, I love the idea of an Alice in Wonderland escape room and we’ve done a few now. Of course, the perfect room doesn’t exist and my expectations may be a little too high for these room. That said, this was actually a free game for us due to a previous bad experience so I don’t think my expectations were too over the top, for a change.

We entered the room after the usual story breakdown and were suitably impressed with the décor. It was a pretty room, well themed, and expectations started to grow a bit. We were off to a flying start, all apparently doing well at searching and managing to work on different things for a good 5 or 10 minutes. Unfortunately, things began to go down hill from there. We’d done all bar one puzzle that we were now all crowding around, sure that what we were doing should have been making a difference somewhere. After a bit of trial and error doing the same thing we heard a sound. We had been doing the right thing all along but part of the object was broken. It was frustrating but we managed to complete the puzzle despite this and we soon got into a new area. This contained another tech based puzzle which wasn’t working and it genuinely wasn’t possible to work it out without it working. Apparently, because of the types of cameras they have in the rooms, the GM couldn’t see that it wasn’t working. We asked for a clue and we could tell from the clue that what we thought we were meant to be doing was right but we couldn’t do it. We discussed this at length, saying that we thought it was broken but there was no intervention so we asked for another clue but the GM said there were no other clues. We repeated that we thought it was broken. After a while they pressed something in the office to release a mechanism. By the point, the immersion had really disappeared and we were all a bit grumpy but we carried on. We found some pieces and followed some instructions…. nothing happened. We reset and followed the instructions again, exactly the same way, and something opened. A similar puzzle did the same thing. It was just too exhausting.

We still managed to escape and our host was very apologetic and offered us a free game to make it up to us. It was ironic (or maybe later D will tell me it wasn’t, is a free ride when you’ve already paid ironic?) but we took it. Third time’s a charm, right?…

Overall, it’s difficult to recommend this room given our experience. If they manage to fix it properly then it might be quite nice, particularly for newer players. There were some nice pieces in there.