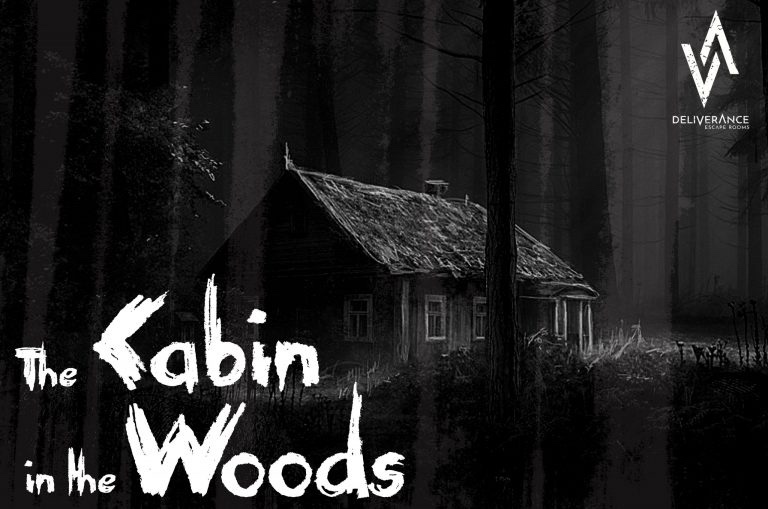 You were supposed to be living the ‘American Dream’. ticking off an adventure of a lifetime by trekking across America. Yet here you find yourself, in the middle of a gloomy and chilling forest. Lost, Cold, Scared…

After over-sleeping, you realise that you are massively behind schedule if you are to hike to your next destination before the end of the day. Having looked at your map, you anticipate being able to make up the lost hours by taking a short-cut through a large wooded area.

However, once deep inside the woodland you soon realise that you’ve lost your GPS and Phone signal due to the dense canopy of leaves above, and so your only source of navigation becomes your map and gut instinct. You decide to keep going in the hope that it will bring you out the other side.

Hours soon pass and yet all you can see ahead appears to be a never ending path of trees, and to make matters worse darkness begins to creep in as the sun sets. Panicking that you are now lost in the woods, you can make out what looks to be an abandoned cabin in the distance, and a decision is made to head to the cabin to take refuge for the night in order to shelter from the darkness, before attempting to find your way out of the woods again in the morning.

But is the darkness the only thing you should be scared of?

We were greeted by our GM Matt who was lovely enough to put me at ease here as I am a nervous player who doesn’t like escape rooms with actors in your face distracting you from working on puzzle solving. There is an actor, to be clear, but they are never within punch in the face reflex reaction range. There are moments where if you are very nervous you may be uncomfortable but it is by far not the scariest place I have been.

You start this room in a well designed woodland area outside the cabin that you have just stumbled upon. If several hundred horror films have taught me anything it’s that you don’t go inside any cabins you find while wandering out in the woods. Nevertheless, we decided to break in. Upon entering, it does indeed feel very cabin like. Worn furniture isn’t really an issue for a theme like this although some of it did feel a tad breakable so we tried to be very careful.

There were a reasonable variety of puzzles here. Psychopaths just love leaving little clues around for people don’t they. It makes the job more interesting I suppose. The best part of it though for me was the story. Most stories get lost in an escape room but this one genuinely came through. You understood more about what was happening as you progressed and there is a follow-up game, the Hideaway, theat carries it on which we played next.

We played this as a 4 which felt like a good number. 2-5 should be perfect for this room.

We let the host know that this was E’s 100th room and he was kind enough to add a little something to the ending to make it a bit special. Thanks Matt!