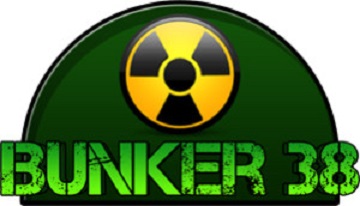 You’ve been living in an underground bunker for years due to a radiation leak. Now you’ve been given the all clear, but you’re locked in and oxygen levels are running low! With only 60 minutes of breathable air left, will you be able to escape in time?

We visited this Clue HQ franchise at the Secret Nuclear Bunker in Brentwood. What a great place for a Nuclear Bunker themed escape room! The staff were friendly and there was the usual health and safety briefings. Top tip – if you’ve been to a few escape rooms then it’s possible you switch off during briefings but at Clue HQ you should listen carefully to their briefings.

The room itself was reasonably decorated. Certainly not as low budget as a lot of the rooms we’ve encountered.

We found plenty to do in here. Observation is a key skill but there were physical and mental puzzles as well as searching and there would some good hiding spots in here. As usual the puzzles weren’t necessarily anything you would need to do to get out of a nuclear bunker but most rooms struggle here and we get that it’s hard to have puzzles which completely fit the theme the whole time.

Overall we enjoyed this room. Good for a range of people, teams of 2-6 would work in our opinion.